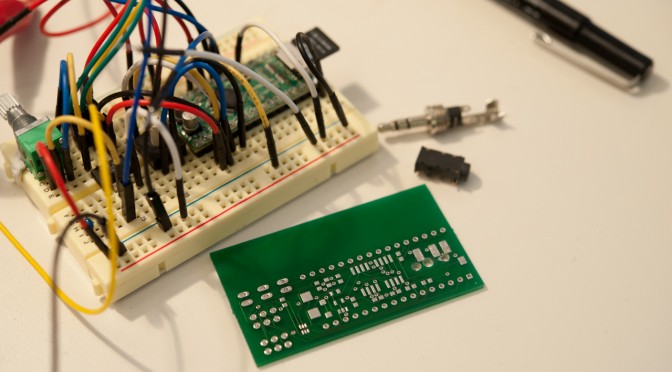 In Geneva, where the cold winter is striking back, the week had been, for once!, very quiet with data analysis (head-mounted display project) and book writing (game controllers!). We’re also preparing two workshops for the upcoming Lift12 conference. The first one is about location-based games organized with Mathieu Castelli, who used to be the founder of New Game, a pionneer in this domain (they released Mogi, one of the first commercial LBG). The session will consist in a series of group activity based on Meatspace Invasion, a location-based game recently developed by C4M and Mekensleep. After a quick introduction about these, we will form groups who will test different combinations of game parameters. We will then go on the field in Geneva to test these scenarios and regroup after the game session to debrief the outcomes. The second workshop is organized with the friends from Superflux (Anab Jain and Justin Pickard). It’s called “Foresight suprise” and as the name indicates, I won’t tell much about it except that it’s going to be about futures and futurescaping.

Hi. It’s Julian. In Los Angeles last week we got back the PCBs for Ear Freshener. One thing that was wrong is I mucked up the holes for the little audio card that plops onto the controller card. It won’t go all the way through, but it’s fine for testing. I’ll also be trying out these PCB stencils for the solder paste process The entire week was devoted to audio design and prototyping and team wrangling, I’d say. Nick Foster was in the studio for the last few days of the week so we had time for planning the project, eating tacos, working on the future of the whoopie cushion and the like.

It was actually a bit of an existential week for the audio project insofar as I had to figure out what the fuck was up with a bit of anxiety I felt during the previous weekend’s bike ride. I don’t like anxiety on bike rides. It was best summed up as a consideration as to new team configurations and advanced design team best practices. The conclusion? In this particular Advanced Design team a few things happen. First, we are asked to put eyes on an existing project and help make it better than it would’ve been were it not possible to have an experienced team of thoughtful designers who are comfortable working in an unstructured. We are asked to work on new, emerging things that are being done in a traditional structured way. And we are expected to come up with new things. I’ve come to the conclusion that we treat the “asks” — the things that come from outside — with more urgency than the latter projects — the things where we’re expected to come up with new things. It seems that we respond to the “battle stations” klaxon as if it matters more than the things we believe in first. Those things disappear into the closet and desk drawers. Which felt a bit like self-loathing in a really horrid way. Like — when someone *else says jump, we jump. When we believe in something enough to jump, we sorta *shrug. Or put it to the side when a “client” asks for something from us, *even *when *we *don’t *believe in it.

(Although, have to say — not believing in something someone else is doing is often a great opportunity to collaborate to make it better and believable. Not to be too normative about it, but there are plenty of things that seem like lovely fancy door knobs with awesome new mechanics and latching technologies that someone will bring to us and basically ask — what sorta house do you think this should go on? And the problem is that the door knob was thought of without really thinking about either the house..or the people who might have to use the door knob and, pray — live in the house. That’s the curse of the technologists and accountants/business people and the opportunity for more collaboration with design from the get-go.)

I hope to correct this through the audio project because otherwise — what’s the point?

So, I’m treating this quite as if someone from somewhere else came down and “made” the team get to work. Which effectively they did. The team will consist of folks who can commit the majority of their time to the project — it’ll run short and sharp and be quite deliberate. Sorta no nonsense; no whining. Polite..but ruthless.

This week in Barcelona has been almost exclusively dedicated to Quadrigram performing some interface polishing and documentation tweaking with the help of Tim Stutts and Brava Büro. In the backstage, the pipes and wires are gently coming into place with some mind blowing resulting reaching the frontiers ‘Quine computing‘. All this will make sense in the near future.

I also took some time to step back and order my thoughts for an upcoming talk at Strata that will focus on our approaches and tools to work with network data. This week, I will test and rehearse a first iteration responding to the invitation to our friends at Claro Partners.

I will use our study hyper-congestion at the Louvre as one case study. A work that was actually featured yesterday in the newspaper El Periodico as a consequence of Yuji presenting some results in Sweden last week.

Finally, our measures of mobile phone network activity in Geneva have led to some beautiful visualizations and animations produced by Interactive Things. Keep your eyes wide open if you happen to stroll around the Geneva main train station during Lift12.