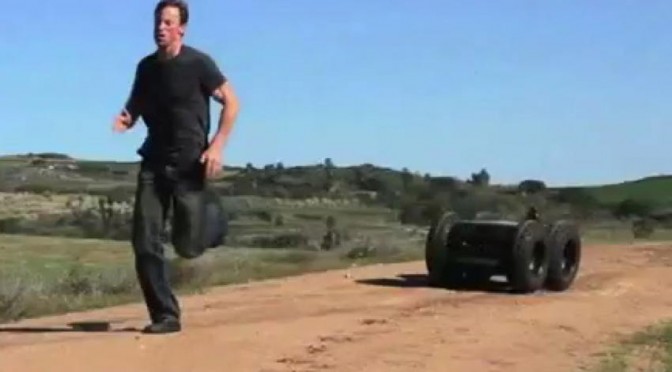 It’s very gratifying to see how the #newaesthetic discussions are popping and percolating across the networks. There’s something to it, I think. Specifically the observations that something here under the New Aesthetic rubric is worth considering, thinking-through, working-towards.

What is that *something? It is perhaps an aesthetic thing. Perhaps it is symptomatic of the whole algorithmic life thing. Perhaps quite a good bit of articulate insights and cleverly stated things by some smart fellas. Also, perhaps those fellas having the *gumption to get up and say some things in a highly entertaining way. Perhaps it’s the thing of a bit of well-deserved very vocal network meme pot-stirring. Certainly some combination of all of these and likely more, you know..things.

Giving a name to an observed phenomena to muster hunches and instincts and observations and focus the meaning-making of things helps to organize thinking around it. That’s the upside.

The downside is that the thing sort of reifies in a way that isn’t always helpful. Or, you know — when things get a bit too academic. Too yammery..less hammery.

Another downside? The art-tech wonks claiming they’ve been doing it all along — of course they have..of course they have..It’ll get worse when it gets theorized as an aesthetic. Then it’ll get all ruined. An aesthetic about the cultures we live in? How do you get to such a thing? Do you use a really tall ladder?

And there’s some linkage to the #OOO // Object-Oriented Ontology world. Ian’s book Alien Phenomenology, or What It’s Like to Be a Thing

points towards the inexplicable (as of yet) dark matter // God Particle // elusive ionized Bogoston particle behind it all, I suspect.

The questions that loosely link #OOO // New Aesthetic // Future of Things in my mind are still quite loose and inarticulate. THere’s something amongst them if only because they each point to “things” as having a sort of uncanny role in our networked world. They’re idiotic things, like Siri and algorithmic Cows. They’re the Long Follow Droid. They’re P.K. Dick style Dazzle Camouflage .

I’m trying to nail down the un-nail-downable. Clarity comes whilst in the middle of a night cycle when I’m utterly convinced of my lucid train of thought, which inevitably disappears into a “what? that makes *no sense” recollection after putting the bike away. But here goes..Questions that somehow wrangle these things:

* What are the ways our things of (presumably) our creation begin to express/articulate themselves in unexpected and weird ways? What is the catalyst for these differently animated, chatty things? Sensors? Networks? It’s been done before — talismans, tea leaves, idols, urns. We talk to thing and let them talk back to us, guide us from beyond. What different now? A bathroom scale that tweets your weight. Plants that yammer for water. I tried to figure this out a fistful of years ago when I wrote a short essay called Why Things Matter (The blog post was called A Manifesto for Networked Objects.) I’m not much further along in understanding why, but I think Alien Phenomenology is helping.

* What are these new things? They seem to be articulate enough to express themselves across the digital-physical barrier, in whatever way, with whatever assumptions one might make about the capabilities of the network+algorithms+human+imagination to produce collectively. When architecture expresses digital sensitivities in a physical way, should we be rolling our collective eyeballs at the irony? Or take it as a weak signal of systemic brake pads weeeing and screeching?

* Something is going on in the world of bespoke things, I think. Things made that capture sensibilities that are far away from what can be made en masse. What is that something-going-on? Is it an aesthetic? Is it new again? Is Kickstarter (uh..) equally #newaesthetic and #thefutureofthings an indicator that massively made is old fashioned and highly particular // nearly custom // curated is fun again?

* Things that live in the networked age and with the sensibilities and expectations we have now for what things are capable of, suggest something new is going on. Drones, wondering, autonomous, robotic vision (absent HAL-like autonomous / artificial intelligence), bots, droids, listening things. That’s weird. It’s uncanny. Unsettling and seductive all at once. Look at that droid following that dude. He can’t get away. I mean — if it’s lugging crap for me, cool, I guess. If it’s following me like a hungry, zealous, huge, disgustingly fast man-eating Possum..not so cool..

I think the #newaesthetic is best left as it is for the time being. A simmering stew of lightly curated matter scrolling by with a giant *shrug across James’ New Aesthetic Tumblr. Inexplicable, by definition. Lightly joked about. Sought out, hunted for, skinned and stuffed and mounted on the Tumblr by the rogue curious.

Please, don’t make me throw wet cabbage at you. It’s the symptom of the algorithm. It’s what comes out of the digital-political-economy of cultures that live by networks and the machinary (soft/hard/hashtag-y) that underpin it all. All this #newaesthtic #ooo #futureofproduction stuff is the excess. The unexpected, unplanned for result. It’s the things that happen without one self-consciously *going after* #newaesthetic / object-oriented ontological / future of network connected things sensibilities.