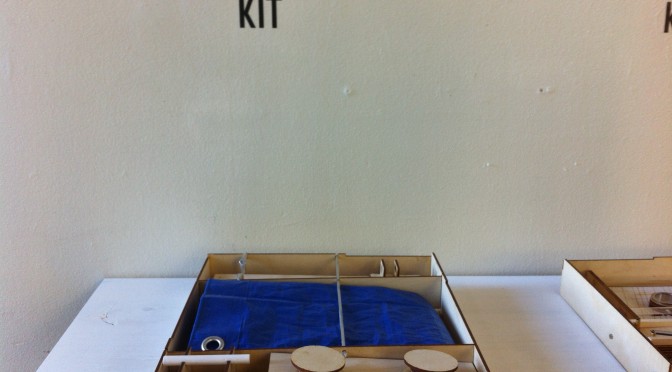 Nicolas: the week was packed with different meetings and discussions about a trip this summer to Los Angeles… two months to be spent on a *secret for now* laboratory project in a design school in the area. I also made a quick hop to Lyon in France for the WWW 2012 conference where I gave a speech about how the web is turned into a generative material for designers and artists… which led me to discuss bot poetry, blogjects and New Aesthetic. I also finished the final touch to the first chapter of the game controller book and received some good feedback from the editor. On a more academic side, I set up a tumblr for a 3-days symposium about video game studies in Lausanne (in French though).

Oh, and I also encountered a steakboard, one of those cultural hybrids that I find intriguing.

Julian: sheesh. What even happened last week? Oh yeah..there was the Art Center Media Design Program’s thesis show called “Four Hours Solid.” Highlights included Be My Satellite by Bora Shin. What I enjoyed most about the project is of course the way satellites are enrolled into our lives in a sort of intimate, conversational way. They are made plain and apparent and then there are kits to help you engage them in a playful way. This reminds me of the time at Foo Camp in 2006 (oof..) where we made pixels on the ground of the apple orchard to be captured by Google and to appear in the satellite views of Google Maps.

It is also evocative of Jonathan Rennie’s Cinema City project from his 2010 USC Architecture thesis project. The SciFi graphic novel of satellites involved in a bit of intrigue based on their misreading / mis-seeing of the particular arrangement of stacked containers at shipping yards and reading & interpreting them as meaningful QR code. Otherwise..lots of work on Marshall Stack // speaker project. What some claimed was a weekend project? Now we’re a good 8 weeks in. Never underestimate the power of technology to deflect the imagination.

Fabien: spent the week locked down in the Quadrigram offices, planning the post release strategy that basically consist in months of tasks divided into the definition of a standalone server version of our cloud-based system, the maintenance of the visual programming language engine, the development of new modules, improvements in the interface and user experience, quality assurance and documentation. We hope the first version of the environment to be slick, but we know there will be a lot to learn from our users. Over the weekend, I prepared a 1-day seminar I will lead on Tuesday at Bdigital in Barcelona. The event will focus on the materialization of value from new dynamic urban data. More on that next week.