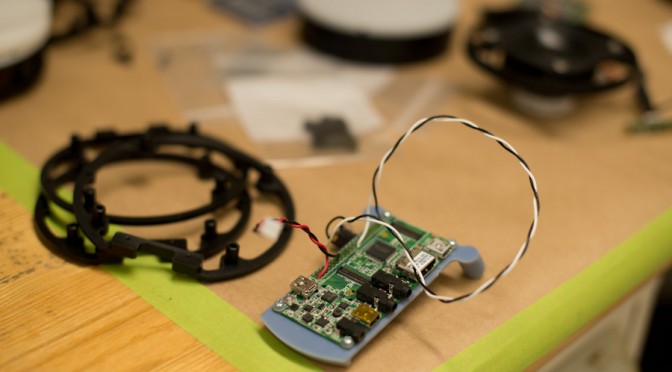 Nicolas: last week was quiet because of May 1st but I spent few days on different things. First, I worked on preparing a wall of game controllers with Laurent Bolli for a summer exhibit at mudac in Lausanne. Since the collection of official gamepads are already in Yverdon, we’re going to show the ones that reveal various aspect of interface evolution: personification (a pad with the shape of a game character), miniaturization (small pads), hybridization (the merging of a pad and a keyboard, etc.).

I also prepared the summer project at Art Center in Pasadena, discussing with potential interns there over Skype. The idea is to work on gestures and rituals in the 21st Century:

Teaching design ethnography and conducting various projects in this area, I am interested in how people use artifacts (digital or not). Especially given that it helps framing the design space, find some inspiration and understand people’s needs. But I am also fascinated by how exploring human practices can be a way to speculate about the future, in order to create design fictions.

This project is about gestures and digital rituals that typically emerged in the 21st Century : gestures such as recalibrating your smartphone doing an horizontal 8 sign with your hand, the swiping of wallet with RFID cards in public transports, etc. These practices can be seen as the results of a co-construction between technical/physical constraints, contextual variables, designers intents and people’s understanding. I see them as a very intriguing focus of interest to envision the future of material culture.

The aim of the project will be to envision the future of gestures and rituals based on:
1. A documentation of existing “new” gestures
2. The making of design fictions that speculate about their evolution

Finally, I went to Paris for a design jury at ENSCI and visited an interesting exhibit about steampunk and “yesterday’s tomorrows”.

Me? In Los Angeles? *shrug. Well – a bit of organizing of things for the Detroit Design Summit this fall. I’ve slowed down on the Ear Freshener for the time being as the Marshall Stack project’s first most refined prototype (of three different types of prototype) is completed and sent off to some folks. I wish I could say more about it — but, I will sometime later. There’s lots of good insights and experiences learned from that project.

But, on the other hand — I’ve been getting back into programming stuff, which has been torturous and fun, but mostly fun.

Also, some planning for a couple of talks and workshops coming up over the next couple of months. I want to try some workshopping techniques that Nick and I had planned for a team here — but that workshop got postponed. They are some fun but I think highly evocative approaches to designing new, disruptive things.

Here in Barcelona, we celebrated the release of Quadrigram, “The visual programming environment to gather, shape, and share living data” created in collaboration with our friends at Bestiario. The 8-months journey from shaping a software product to shipping it has been particularly gratifying. Aters years in academia and then consulting, it is a territory I wanted to discover, learning and applying new methodologies to create both from technological and user experience stand points. I will probably need to write a post-mortem to properly debrief the adventure. Expect to hear more on the subject in the upcoming weeks.