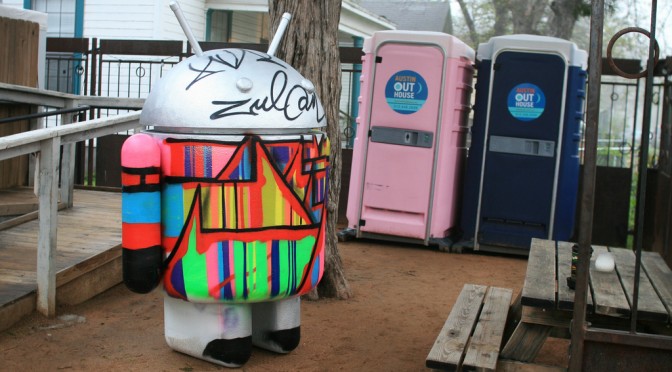 Just saw this intriguing link called “5 Digital Trends Shaping the Consumer Experience” sent by @iamdanw and I found it fascinating.

The post lists so-called “trends” (a term commonly employed by consultants and marketing persons to refer to a particular form of culture that emerged at a certain moment in time) that can be relevant for “consumers”.

What struck me as curious here is simply the way certain concepts that appeared in different fields are defined and eventually understood by the author, whom I expect to be representative of a marketing crowd. See definition examples:

“Calm technology refers to applications that cut down on the digital noise of high-volume data to show the user only enough information so that he or she is able to focus on a task. Mark Weiser is considered to be the father of “ubiquitous computing,” a synonym for calm technology.“

The “one-liner” approach to define things makes the concept so basic that it’s only vaguely connected to what the persons behind it wanted to express. For people who read Weiser’s take on calm computing, this is only a pale version of the research papers.

Nothing new under the sun here, this kind of problems happen all the time. And I don’t wanna play the grumpy academic being sad about this. However, what I find fascinating is that it enables to see the various process at stake when concepts circulate.

“Game theory is one of the key components in the theoretical research surrounding singularity. Marketers can make the argument that by having multiple people taking the same action at once, in ways that are deemed safe by them, they can drive massive change. According to Gartner’s 2011 study of Gamification,“

But the best part comes when the marketing person tries to grasp a concept that is elusive and only meant to spark debate in a community of practitioners or researchers:

“Currently, the new aesthetic remains fragmented and extremely hard to put into a coherent example that would allow a marketer to grasp its full potential. But, because the subject matter of aesthetics relates to how beauty is perceived and valued by us as humans, retailers are making strides to test it via digital consumer experiences.“

Why do I blog this? Being interested in digital culture and the circulation of concepts in this context, this kind of blogpost is curious as it reveals various underlying assumptions: the necessity for some people to turn any concepts or novelties into something that help selling or communicating (while some notions are not intended to go beyond pure speculations) or the over-simplication of the world.

Of course this happens a million times everyday and I don’t know if it’s important to pay attention to it… but analyzing the arguments and the simplifications at stake seems important to me. That’s perhaps something I’ll add in my course next year.