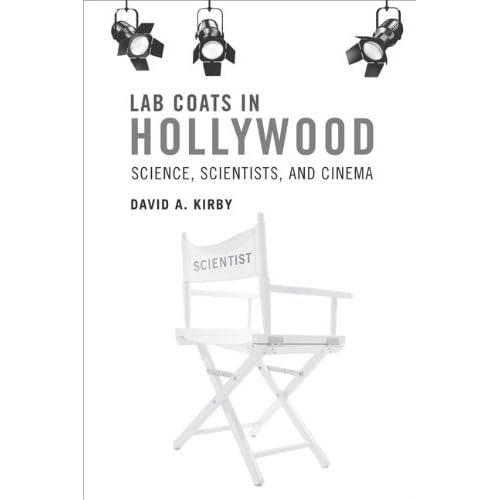 will hopefully actually finally be released this March 2011. For those of you who haven’t followed the Design Fiction citational and bibliographic rabbit hole, you’ll be delighted to find out that one of the cornerstone insights — the idea of the “diegetic prototype” — was inked by Kirby in his essay “The Future Is Now: Diegetic Prototypes and the Role of Popular Films in Generating Real-world Technological Development”

I introduce the term ‘diegetic prototypes’ to account for the ways in which cinematic depictions of future technologies demonstrate to large public audiences a technology’s need, viability and benevolence. Entertainment producers create diegetic prototypes by influencing dialogue, plot rationalizations, character interactions and narrative structure. These technologies only exist in the fictional world — what film scholars call the diegesis — but they exist as fully functioning objects in that world. The essay builds upon previous work on the notion of prototypes as ‘performative artefacts’. The performative aspects of prototypes are especially evident in diegetic prototypes because a film’s narrative structure contextualizes technologies within the social sphere. Technological objects in cinema are at once both completely artificial — all aspects of their depiction are controlled in production — and normalized within the text as practical objects that function properly and which people actually use as everyday objects.

In this book is the chapter that cornered in my mind the relevance of Kirby’s work to the practice of design. Which is awesome as it’s a kind of closing-of-the-circle between earlier interests of the Laboratory in the study of science, technology and society (a field of study of which Kirby is associated) and are more recent activities trying to understand and practice and advance what design can do to make things better.

The book is an study of the relationship between science and technology consultants and their role in helping Hollywood tell science-based, typically fictional visual stories — sci-fi film! Their role is one that ultimately shapes the way larger movie-going publics come to understand what science and technology is capable of, and even influences desire, hope, aspirations and fears. Think of the ways that sci-fi film becomes part of a larger collective conversation about how the world works, what the future holds (both hopeful and apocalyptic), the viability of space travel, cyberterrorism, new paradigms for computing — so much.

In this book, I’m certain Kirby walks through these topics in what I am sure is a thoughtful, engaging and entertaining read. Anyway — I’m super looking forward to this book and, well — I’ll just go ahead and preorder mine.