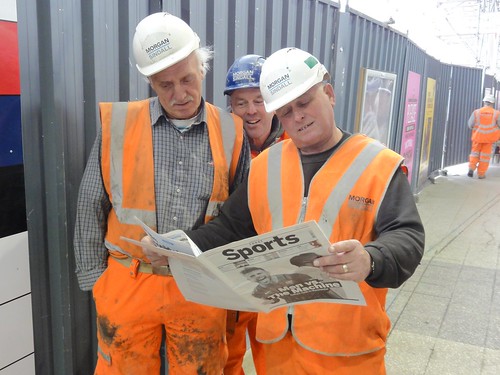 How will the so-called beautiful game of global football be different in a world where sport itself, and the culture of the fans who love it, is altered by the rush of data, quantification, analytics and digital delivery? What might a high-stakes match of the near future be like when every move is measured, and every tactic forecast by silicon? What will the technologically savvy supporter and the lifelong fan alike experience differently when Big Data takes on the game?

Launched at the National Football Museum in Manchester last week, our latest project, Winning Formula, explores these questions and some of the more unreal features of data-driven football future. 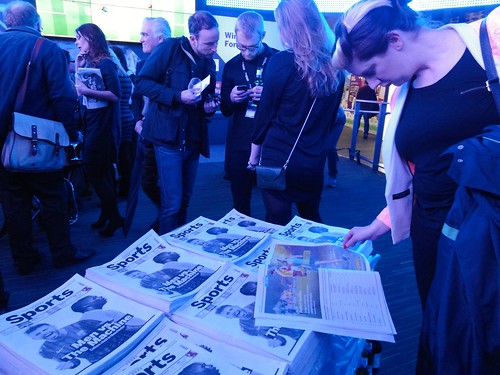 Winning Formula touches on more easily seen aspects of performance analytics, and new ways to depict and consume football in media, but also explores near-future possibilities hiding just below the surface, possible phenomena such as data manipulation as a kind of doping, the impacts of high-frequency sport betting, or politics related to data-based services like media, measurement and reporting. Commissioned by National Football Museum, Future Everything and CCCB, the result of our investigation takes the form of a newspaper sports section from April 2018. This hypothetical daily European tabloid called ‘Today’ is an exemplar of the way we use narrative and Design Fiction to create an engaging, thought-provoking perspective on a possible, plausible near future world that need not result in either a PowerPoint deck nor corporate white paper. The mundane form of a disposable daily newspaper, coming to you from April 2018 puts into the hands of everybody a possible day in the future when data, both large and small, alters some aspects of sports, from training to commentary, enhancements to prosthetics, rulings to viewing. 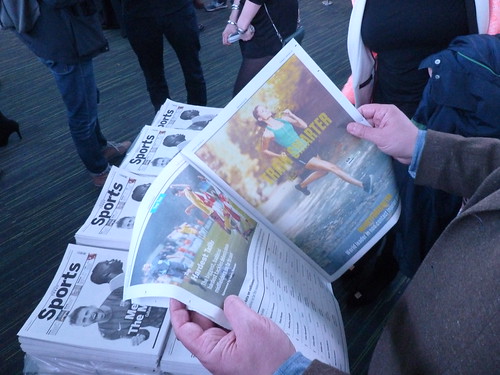 Some implications that the newspaper highlights are:

The Molecular Football™ algorithm automatically produces snapshots of systems and micro-tactics such as: The Born Again Christmas Tree, The Spinal Trap, Perpetual Motion, or Zugzwang

In this project we mixed foresight techniques such as horizon scanning and scenario development to capture weak signals and posit disruptions in technology and society with a design approach to create fictional narratives of the future that focus on the implications behind the signals. We applied unusual approaches to interweaving everything from raw videogame datasets to rich description of artifacts and advertising from a hypothetical future to forecasts about politics, genomics, law, finance, technology, ethics, and climate change informed our design of both narrative and visuals contained within the quotidian vessel of the newspaper frame. 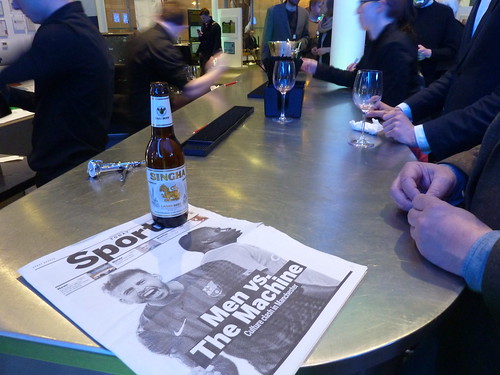 The project will be exhibited at the National Football Museum in Manchester until April 3, 2014 as part of the Future Everything festival. Last Friday, it was inserted in 130,000 copies of the Manchester Evening News. It will be part of the Big Bang Data exhibition at CCCB in Barcelona from May 9 to October 26, 2014, and at Fundación Telefónica in Madrid in 2015.

It is international, transdisciplinary effort that involved futurists, technologists, designers, and writers stretching from Europe, South America to the US, and is an example of a number of small practices and studios working in close collaboration. The project was conceived and directed by Fabien Girardin of Near Future Laboratory, and developed in tight collaboration with futurists Scott Smith of Changeist and Philippe Gargov of Seeklup. It was designed with Bestiario and includes the writing of Natalie Kane, Margot Baldassi, Christophe Kuchly and Valéry Mba Aboghe, and the translations of Eva Fernández García, Raphael Cosmidis with the help of Fanny Negre. 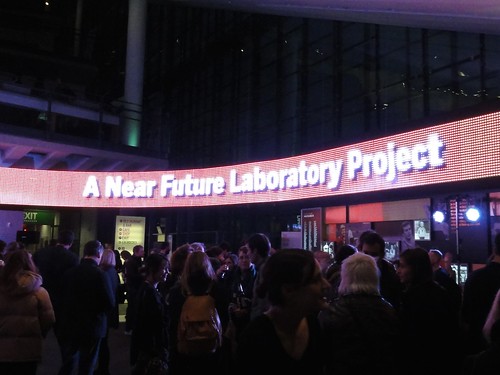 An interesting post Olivier Mével sent me, right after I saw a "3D rice cooker": Why Rice Cookers Are Exciting. Some excerpts I find intriguing:

"Consider the everyday rice cooker. It seems rather dull: a squat box occupying space on the countertop, usually without any grace or sense of style. Yet this unimpressive appearing cooking device now simplifies the lives of tens of millions of owners all over the world. A quick search for “cooking with a rice cooker” reveals it being used to cook a wide assortment of food: chicken, fish, bread, and even chocolate cake. Take a closer look and you might be surprised at the sophistication of these devices, with high-end units containing microprocessors, multiple temperature sensors, multiple induction heaters, and displays. They use advanced artificial intelligence with fuzzy logic control systems. As one manufacturer’s description puts it: Equipped with a computer chip, the rice cooker can “think” and adjust cooking length and temperature according to the thermal sensor’s calculations.” For rice, the machine figures out the soaking and steaming times, the cooking temperatures, and then, when the rice is done, switches to a safe holding temperature, where the food can be kept for many hours without affecting taste. "

Why do I blog this? I'm fascinated by how such so-called "mundane artefact" are changing based on recent technological advances. The rice cooker is an unexpected but obviously good example here.