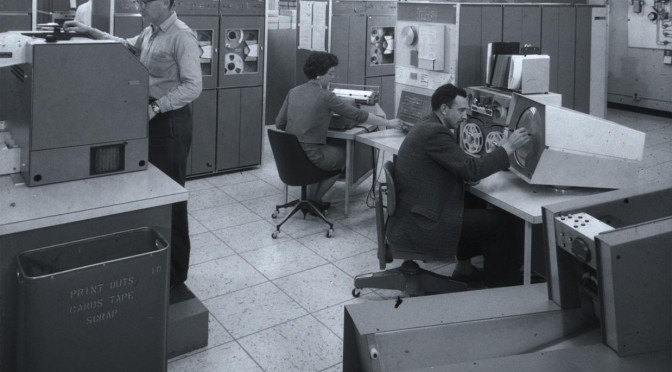 Read in SPACEWAR: Fanatic Life and Symbolic Death Among the Computer Bums by Steward brand (1972):

Alan Kay: “They had a thing on the PDP-l called ‘The Unknown Glitch’ ["Glitch" - a kink, a less-than-fatal but irritating fuck-up]. They used to program the thing either in direct machine code, direct octal, or in DDT, In the early days it was a paper-tape machine. It was painful to assemble stuff, so they never listed out the programs. The programs and stuff just lived in there, just raw seething octal code. And one of the guys wrote a program called ‘The Unknown Glitch,’ which at random intervals would wake up, print out I AM THE UNKNOWN GLITCH. CATCH ME IF YOU CAN, and then it would relocate itself somewhere else in core memory, set a clock interrupt, and go back to sleep. There was no way to find it.“

Why do I blog this? Working on the chapter of a book about game controllers, I am collecting material about Spacewar! and it’s interesting to see how this work parallels other current interests (such as New Aesthetics). I wish I could have seen this sort of glitch.