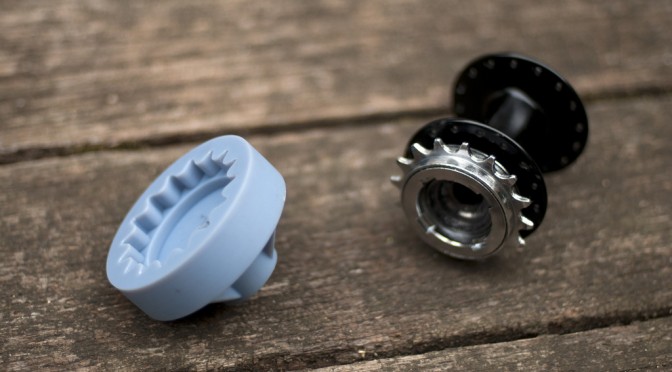 Bleecker has been pestering me to write this for a while now, but I’ve been wrestling with my point of view. Matt Webb has written a lovely piece here about the evolving notion of “product”, which has spurred me on, so let’s give it a go.

Matt Ward recently reminded me of an awkward conversation I had with BERG’s Matt Jones (there are a lot of Matt’s in here) about what constitutes a “product”. I steadfastly defended the tangible, but Jones was more fluid with his definition including services, content, the digital and the physical. I’m happy to admit that in retrospect I was wrong – clearly wrong, but why was I so inflexible? Why was I so dogmatically fixated on objects as the be-all and end-all definition of a product? My defensiveness began to bother me until I realized recently that I wasn’t defending an idea, I was defending my trade.

I like things, I make and draw things, things you can touch, hold, sit in or on. Things made of stuff, things hewn from bigger lumps of other stuff or molten stuff squeezed into holes. I’m an industrial designer at heart, and I’m saddened by what’s happened to my craft. We were once the kings of things, but for a variety of reasons I think we’re in danger of being left behind. As Bueller said “life moves pretty fast, if you don’t stop and look around once in a while you could miss it”.

In the early years of the 21st century, the Industrial Design world fell to sleep. Whilst it slept a new breed of digital designers emerged, keen to render their ideas in three dimensions. Tools developed quickly, became cheaper and more ubiquitous, and whilst the industrial designers gazed into their huge screens to interrogate the acceleration of a curve across a surface, other things began to appear. Real things made of plastic and metal, with blinking lights and power cords. But these things weren’t from the hands of industrial designers, they were from the hands of the Bay area startups, the digital design labs, hell even the ad agencies.

Making became the talk of the town, and to some extent it still is. We’re in the first stumbling days of the Internet of Things, and are increasingly seeing the paper thin definition between digital and tangible falling away. It’s all up for grabs, and some are grabbing more than others. The more groovy folks I know from the digital world fully understand the difficulties and realities of shipping products, and appreciate the unique skills of a good industrial designer, but there are many who don’t. They see a world of instantly printed, maker bot-ed, 3D sintered, laser cut products, and see no need for a separate skilled individual.

Let’s take a little step back. Remember Flash when Macromedia had the reins? Remember how excited everyone was? A generation of graphic designers found they were able to simply make things move on screen, in a browser, online. Many of them made a mental and professional leap and began referring to themselves as ‘web designers’. Some made the leap successfully, but for many the romance was short lived. The reality of actually producing content for the web was way more complex than getting text to float across the screen or making an intro animation. It was hard. It required serious programming chops, it was like a whole different profession. For this reason, many of the graphic designers I knew returned to their poster design, font development and annual reports, leaving web development to those more experienced and capable of delivering it.

Today’s emergent manufacturing tools are tantalizing indeed, and have given designers of all ilks access to manufacturing techniques hitherto out of technical or financial reach. It’s now simple for a couple of fairly inexperienced guys to feasibly produce products for sale, which is fantastic, but let’s take a critical look at a few of these products. How many of you have invested in a cool thing on Kickstarter only to receive constant emails about how expensive tooling is, or how hard it is to source PSU’s, or how the team massively under-budgeted the production? There have been many projects which simply ground to a halt because the Matter Battle was just too tough, before we even get into the debating the dubious legal position of these devices (CE mark anyone?)

Rapid prototyping techniques are to real products what the play-doh fun factory is to real manufacturing. Things need to exist with integrity rather than just to exist, there are standards which need to be maintained. A rapid printed thing is cool, but to produce a product for mass consumption requires a whole new level of thinking and experience. A good industrial designer can provide this.

Before we get carried away, this needs to be a two way deal. Industrial designers need to wake up and embrace the ebullient folks in the digital world, and work together to deliver real things well. Industrial designers have tended to shy away from the scary worlds of UI, UX, web development and programming, as if they were some alien entities. I see industrial design moving from an experimental realm and into a delivery function, where surfaces are created to ‘skin’ the doohickey spat out from an engineering or development center. That’s not good enough. As industrial designers we need to understand that what we know how to do is golden. We should join in, get involved, build ideas together with digital designers rather than steadfastly holding our corner. We need to do this soon, because the digital guys are keen, and we’re the dinosaurs.

If industrial design is to survive beyond a word of styling and surfaces it needs to embrace the joie de vivre of our digital design brethren, and if you are an Arduino tinkering, web-centric designer, I’d encourage you to look beyond those white dusty 3D things your friends are all excited about. I fully embrace the emergent era of the post-disciplinary designer, but we have to be honest with ourselves and understand specialisms.

Making things is hard. Really hard. Don’t let anyone tell you anything different.